The CEQA Checklist—An Introduction for Landowners 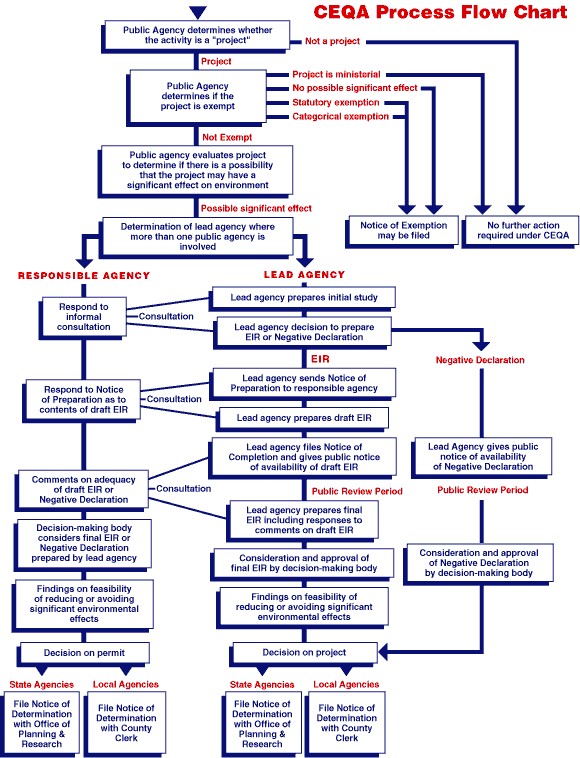 The CEQA checklist lists environmental factors to be evaluated for all projects in California. The list goes by many names—environmental checklist, initial study checklist, Appendix G. But they all mean the same thing.

CEQA doesn’t explicitly require cities to use the checklist in Appendix G of the CEQA guidelines. But it does say that the city’s evaluation must address the questions posed in Appendix G. In practice, most cities use Appendix G as their checklist, with some minor changes.

The ‘Checks’ of the CEQA Checklist

There are 18 environmental factors identified by the CEQA checklist.

Whoever is completing the initial study must determine the effect a project will have on every one of these factors. The effect falls into one of four categories.

Depending on which category of impact the project falls into for each factor, three different processes may be triggered.

If you’re not familiar with an ND, MND or EIR go back to my post on the CEQA Process for Landowners.

You may find yourself wondering what the significant in “significant impact” means in the real world. Fortunately, (but also unfortunately) you’re not alone. Lawsuits are commonplace in the development world because CEQA is often subjective. Special interest groups file suits alleging the significance of this or that impact on the environment. The lawsuit or just the threat of a lawsuit compels cities and developers to do more studies.

In other words, when the no impact or less than significant impact box is checked, someone can file a suit alleging that the project may have a significant impact. This happens all the time. And CEQA has something called a fair argument standard. The standard states, “a public agency must prepare an EIR whenever substantial evidence supports a fair argument that a proposed project ‘may have a significant effect on the environment.’”

Christian Marsh of the UC David School of law wrote the publication linked to above. He goes on to say that the fair argument standard is a low legal threshold.

On top of the inherent subjectivity in the CEQA checklist is that ‘significance’ is relative. For example, a new residential development in a rural area won’t have a significant impact on traffic. But the same project in an urban area will. This makes the CEQA process in each city different.

The traffic example is exceedingly simple. But consider how much geology, air quality and hydrology vary in places like Los Angeles compared to Redding or like Orange County compared to Truckee.

All this subjectivity and relativity and we’ve only just scratched the surface of CEQA. And the CEQA checklist is just the catalyst that guides all future environmental study in the CEQA process.

It’s no wonder that Marsh said “(CEQA) has generated hundreds of lawsuits in the state’s trial courts and intermediate appeals courts over the statute’s 40-year history. Perhaps no other California law matches CEQA in this respect.”